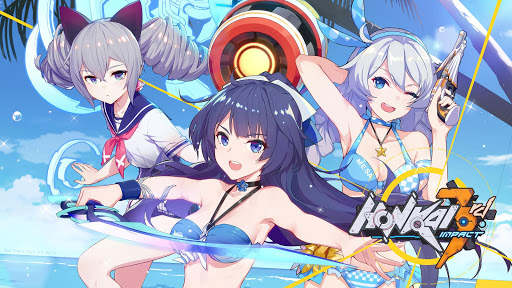 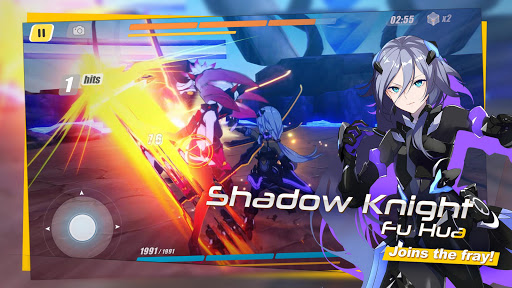 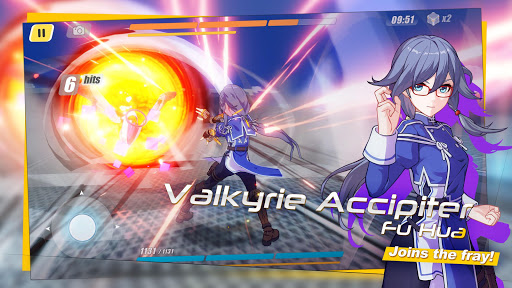 [Game Description]
“Honkai, the mysterious power responsible for destroying human civilization countless times, has descended upon this beautiful world once again…”
With the lands now flooded with deadwalkers and Honkai beasts, a group of girls bearing the burdens of despair continue their fight onward. Will there be any hope of clinging to survival?”
Honkai Impact 3 follows the story of Kiana and her team’s resistance against the Honkai. In an epic adventure of saving the world, the experiences of the Valkyries—Kiana, Mei, and Bronya gradually unfold. Players will play as Captain of the warship Hyperion, commanding each of the unique Valkries in their fight against deadwalkers and Honkai beast around the globe. Players will progress through various stages, experience different storylines, and fight together for all that is beautiful in the world!

[Version Features]
[Shadow Knight Chases the Dragon]
The guardian steps across the endless paths of time and appears wreathed in flames once again.
Access to the 4th-gen Valkyrie Battlesuit has been granted. Captains may now use S-rank Valkyrie [Shadow Knight]!
Eclipse Mode, activated! The battle of dragons in the sky has been ignited!

[Valkyrie Accipiter Spreads Her Wings]
Although her memories have begun to fade with the passing of time, she remains sharp as ever.
A new era is here and it is time for her to spread her wings once again as she battles through a thousand years of memories.
St. Freya High School’s mysterious, yet reliable class leader, Fu Hua, joins as A-rank [Valkyrie Accipiter]!
“The hopes of the ancients will be realized through me.”

[Summertime Battle]
Come along and welcome the summer heat with some of your favorite Valkyries in swimsuits at the seaside.
However, the legendary pirate treasure will all belong to Ai-chan!
If you want treasure, Captain, then you will have to play some beach volleyball to get it~
Wait, principal Theresa has a stern look on her face for some reason. Maybe this summer vacation… Won’t be so simple after all?

[Lift the Sword of Rebellion]
The sword points where friends once lived and died. The one who is entrusted is actually who the blade has met before.
To rescue the friends who fought beside her… Battleship Hyperion, target locked: Schicksal Headquarters!
No matter what, I will never serve the Schicksal.