-Name: The Walking Dead: Our World 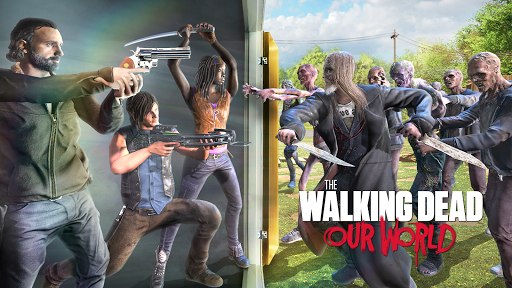 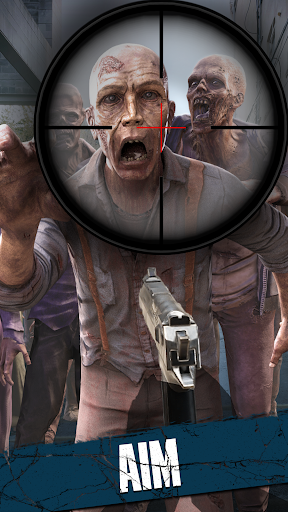 ★ TWD: Our World is the official AMC TV mobile game of The Walking Dead. ★
★ Become a zombie shooter like millions of other players worldwide to survive! ★
★ Over 1 billion zombies killed so far, how many can you take down? ★

The zombie apocalypse has begun. The zombies, otherwise known as “walkers”, feed off living human beings and have taken over our neighborhoods. In order to survive, you’ll need your gun and snipers ready to scavenge and hunt whether at your home, your neighborhood, or beyond, with the all-new Free Roam feature. With the fall of humanity, making friends and forming a team is the difference between survival and death.

Features of the TWD action-adventure game:

🔫 FUN AND THRILLING SHOOTING
Shooting zombies is easy! All you need to do is aim for the head to get headshots. Unlock and upgrade hundreds of guns and snipers to become the ultimate zombie shooter in The Walking Dead Universe.

💪 MULTIPLAYER/ TEAM UP WITH FRIENDS
Team up with your friends in this multiplayer shooting zombie game. Fight against other groups of players in multiplayer gun gaming action to become the best team out there! Try and get the ultimate zombie shooter high score together with your friends! Tip: Use snipers for maximum accuracy!

🏠 RESCUE SURVIVORS AND BUILD SHELTERS
The zombie apocalypse is upon us! Get your snipers, and gun the zombies down before it’s too late! Take on the role of a zombie shooter, rescue survivors, and thrive in AMC’s The Walking Dead universe by completing missions and building shelters.

Test your survival instincts in this zombie shooter action-adventure game from the AMC TV hit show The Walking Dead!

Community and Support
-Got feedback? TWD: Our World forums at https://forums.nextgames.com/walkingdead-ow/
-Need support? TWD: Our World support at https://nextgames.helpshift.com/a/the-walking-dead-our-world/
What’s new in 14.1?
Track your progress in each Group Board Tile! Each tile now displays the top 10 contributors!