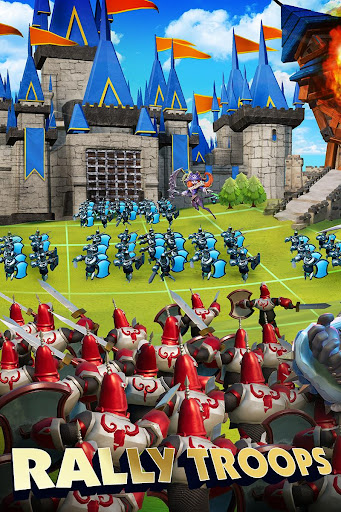 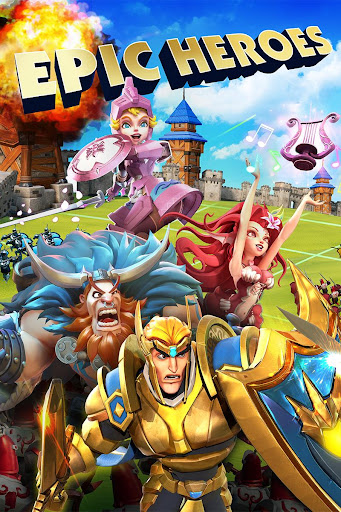 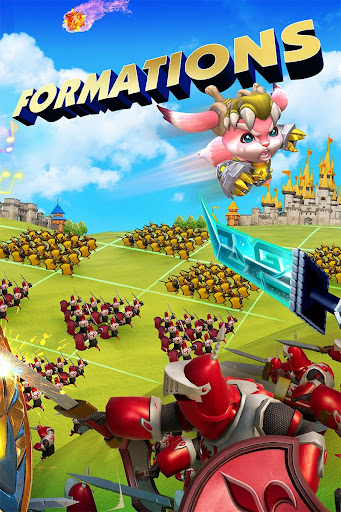 The world changed after the death of the Emperor. Driven by their ambition and greed, Lords seek power and shatter the peace that once reigned. The land has been split into myriad clashing Kingdoms, many declaring themselves the rightful heirs to the throne. Monsters have risen from the depths and wreak havoc across the battle-scarred lands. The endless clan wars for glory and power have begun, and the time for a hero to rise up has come…

Explore the magical lands of LORDS MOBILE, which have been thrown into war and chaos by terrifying monsters, powerful warlords, and cunning enemies. Restore the balance of power in this RPG by creating the greatest empire ever! Recruit soldiers, heroes, and warlords, forge alliances, and fight for victory! Defeat your foes, and conquer and expand your kingdom’s territory in this battle strategy game! Fight your way through many epic battles and establish yourself as one of the world’s greatest warlords in this real-time war and mobile MMORPG empire game!

☆ Open-World RPG Game: Build, Clash, and Conquer to Create your Empire ☆
Explore, conquer, and clash in the arena with other kings in this MMO in order to defend your castle and achieve victory! Join a guild and battle millions of players in an open world on a mobile platform!

☆ Defend Your Kingdom ☆
Secure your combat troops and war heroes, defeat your warlords’ opponents, and defend your empire’s castle from destruction at any cost to achieve victory. A perfect warfare strategy requires an invulnerable defense!

☆ Find Friends and Clash!☆
Fight and attack with your kingdom’s allies and ride into multiplayer battle as a guild to crush your enemy in a mobile MMORPG!

☆ Rule as Emperor of the Warlords ☆
Emerge victorious in a strategic multiplayer battle royale for the kingship, and claim the throne in this game of empires! Will your legacy as a conqueror and emperor be just or cruel?

☆ Clash with Powerful Heroes ☆
Recruit and upgrade your war heroes with unique skills to clash in the combat arena! Let them attack and conquer enemy kingdoms, fight for victory, or lead them to complete an RPG campaign!

☆ Master Your War Strategy as an Emperor on the Throne ☆
Plan your tactics for the battles ahead! Use different army lineups and perfect your kingdom’s battle strategy for multiplayer attack! Discover the best way to conquer enemy warlords in this mobile RPG MMO war game!

☆ Epic Multiplayer Battles: Different Troop Types ☆
Lead your warriors and soldiers as king-emperor in these clan wars! Choose the type of troops you need before going to the battle arena: infantry, ranged, cavalry, siege, or a mix!

☆ Switch Kingdoms ☆
Establish your empire on new lands by moving to any server you want with a simple tap in this MMORPG combat strategy game! Your kingdom is mobile, just like your war games!

☆ Choose Your Battle Path: Fight or Trade ☆
Create an economic empire based on trade, treasures, and alliances with friends, or become an offensive player that attacks and conquers enemy kingdoms! Will you liberate prisoners of war? Or will your army crumble to dust? This online multiplayer village builder game is all about planning your battle tactics and warfare strategy! No kingdom can stand in your way in this RPG!

Gather your military allies and make use of different tactics on the battlefield to achieve victory in LORDS MOBILE, a multiplayer strategy RPG. Attack and conquer, plan your battle strategy with your heroes and warlords, and build an epic empire!

Your kingdom awaits. Are you ready for the showdown in this MMORPG challenge?