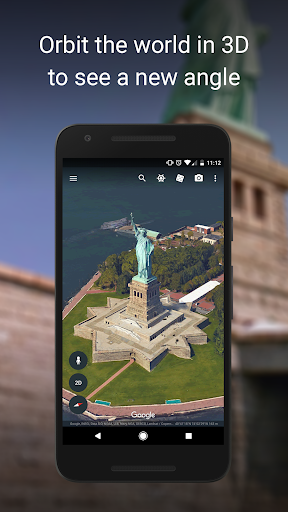 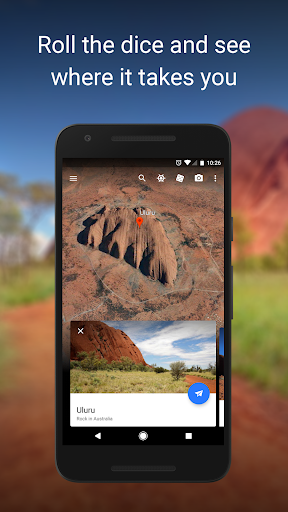 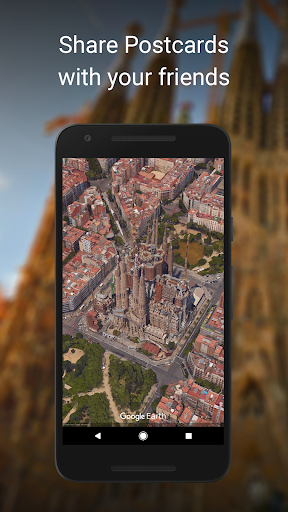 Explore the whole world from above with satellite imagery and 3D terrain of the entire globe and 3D buildings in hundreds of cities around the world.

Zoom to your house or anywhere else then dive in for a 360° perspective with Street View. Set off on a unique adventure by rolling the dice and hopping between random locations. And see the world from a new point of view with Voyager, a collection of guided tours from BBC Earth, NASA, National Geographic, and more.
Made to measure! Tap the ruler to calculate distances and areas, anywhere on Earth.