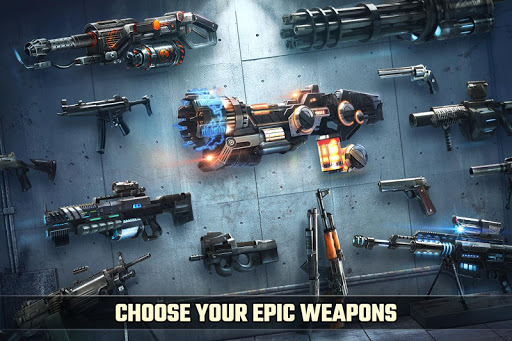 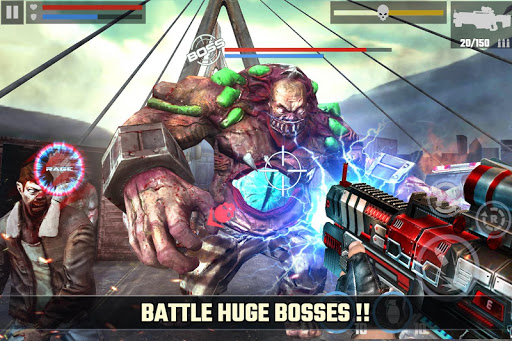 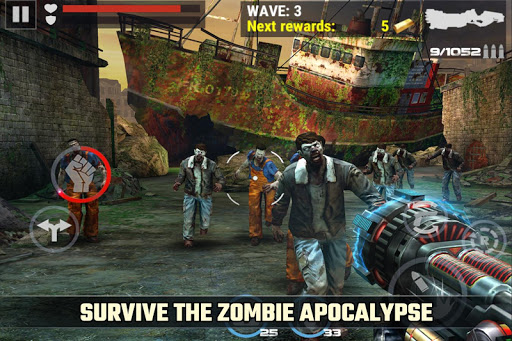 Keep your defense up and shoot zombies in one of the best first-person shooters, DEAD TARGET. Can you figure out the key to survival?

In 2040, World War III struck, and the country’s frontiers changed. Modern warfare advanced to a new era after the Minister of Defense signed a contract with CS Corporation to perform project DEAD TARGET. Inject prisoners with the virus and transform them into super evil combat killers. However, CS threatened to trigger a zombie outbreak if the president did not follow their orders. The zombie apocalypse began.

A special defense team was hired to head to the frontlines and collect information before the army can open the counter strike – Operation Apocalypse.

DEAD TARGET: Zombie is an FPS game where you can:
– Shooting zombies in with epic weapons
– Upgrade weapons and gear to face the upcoming zombie waves
– Experience 3D shooting as a zombie hunter
– Slay zombies of all types when you set your nerve to the highest level

APOCALYPSE – CAN YOU SURVIVE?
– A free FPS game where huge waves of zombies come to you as the tsunami
– Shoot zombies before the invasion come toward you

WEAPONS & GADGETS
– Multiple weapons – A rifle, shotgun, machine gun, grenade launcher and more
– Unlock guns when you rank up and improve your strength to become a true killer
– Discover combat moves using various guns
– Shoot zombies with the right boost to become a terminator on the battlefield

Can you survive the zombie apocalypse? Protect the frontlines in the best FPS game, DEAD TARGET. Download now to start shooting zombies.

IMPROVEMENT
? Greatly improve the save data feature. Do not lose your progress!!
? Improve advertising experiences.

We hope you like the new update. Please let us know your thoughts!