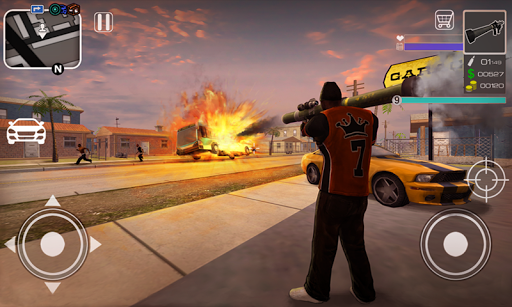 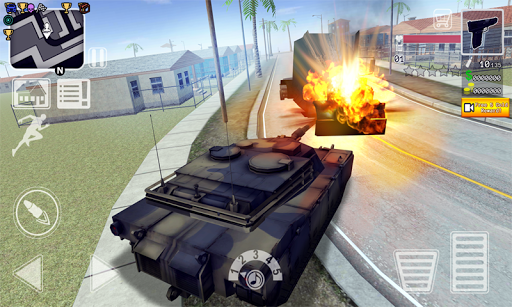 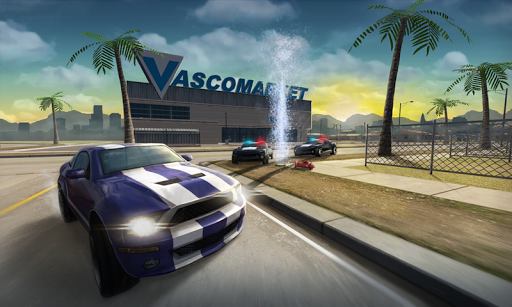 GET BACK TO STRAIGHT 2 COMPTON IN THIS EPIC SEQUEL OF SAN ANDREAS!
Experience a real open world on your mobile device, the best that has ever been on the Google Play Store. Steal vehicles from drivers, shoot everyone on sight or just walk for miles to come in two epic areas. The entire Compton area has been revamped and upgraded for this sequel and next to this there is a new area, Upper East Compton, where the elite of Compton and San Andreas thrive and become even more rich over the shoulders of the normal working man.

YOU SERVED YOUR TIME, GET OUT OF COMPTON PRISON AND ESCAPE TO REALITY
Prison time isn’t all cherries, it’s hard living the prison life. After a long sentence you got out and able to take back your life. This will not be easy as there are a lot of former-enemies looking to take you out. Wherever you are, whatever you are doing, always take a look over your shoulders! San Andreas is not a place where you can take it easy so be on your guard.

MULTIPLE MISSION TYPES TO REALLY GET THE MOST OUT OF CALIFORNIA!
Straight 2 Compton 2 has 5 different mission types: Kill Frenzy, Kill Target, Steal Vehicle and Deliver Package. With the Kill Frenzy mission you will be forced to defend yourself against multiple opponents, so shoot your way out of this! Kill Target missions will have you searching for one specific target, and it’s your job to eliminate him/her however you want to. The Steal Vehicles will have you stealing a certain vehicle with or without alarming anyone, really pay attention! Last but not least you will have to deliver certain packages to certain people.