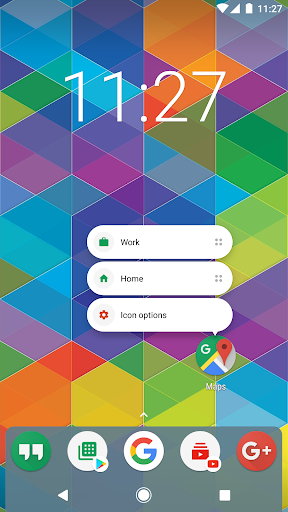 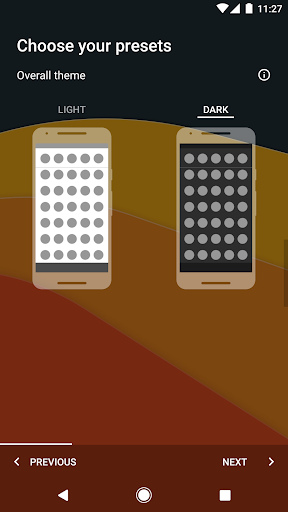 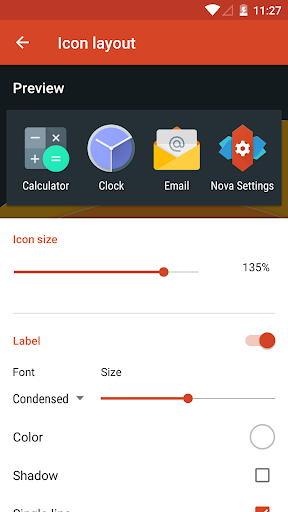 Nova Launcher replaces your home screen with one you control and can customize. Change icons, layouts, animations and more.

For my money, Nova Launcher is the best of the AOSP-style launchers available in Android. —Android Police
Nova Launcher has some very capable hands behind it —Phandroid
Our favorite is Nova Launcher, which strikes a great perfect balance between incredible performance and high customizability without getting too gimmicky and difficult to use —Lifehacker
Chock full of features you won’t find in the stock launcher, and comes highly recommended —Android Central

• Icon Themes – Find thousands of icon themes for Nova Launcher on the Play Store
• Subgrid positioning – Much greater control than standard launchers, Nova Launcher allows you to snap icons or widgets half way through the desktop grid cells
• Color controls – for labels, folders, unread badges, drawer tabs and backgrounds
• Customize App Drawer – Custom tabs, Vertical or Horizontal scrolling, Custom effects
• Improved Widget Drawer – Widgets grouped by app makes it much faster to use
• Infinite scroll – Never far from your favorite page, loop through the desktop or drawer continuously
• Backup/Restore – Sophisticated backup/restore system allowing you to backup your desktop layout and launcher settings
• Scrollable Dock – Create multiple docks and scroll between them
• Widgets in dock – Place any widget in your dock, such as a 4×1 music player widget
• Import Layout – No need to rebuild your desktop from scratch, Nova Launcher can import from most popular launchers. Including the one that came with your phone.
• Fast – Nova Launcher is highly optimized to do it’s work quickly and quietly, keeping the animations smooth and letting you use your phone as fast as you can move your fingers.

This app uses the Device Administrator permission for optional screen off/lock functionality.
*5.5.4 May 12*